Trabectedin (ET-743) is a marine alkaloid isolated from the Caribbean tunicate Ecteinascidia turbinata, with a chemical structure characterized by 3 fused tetrahydroisoquinoline rings.1

Trabectedin binds to the minor groove of DNA and alkylates guanine at the N2 position, bending the helix toward the major groove.2,3 In this manner, it is thought that the drug affects various transcription factors involved in cell proliferation, particularly via the transcription-coupled nucleotide excision repair system.3

In addition, this binding to DNA triggers a cascade of events affecting DNA binding proteins and DNA repair pathways, resulting in perturbation of the cell cycle.1,2 Trabectedin blocks the cell cycle at the G(2) phase, while cells at the G(1) phase are most sensitive to the drug.3

Trabectedin also causes modulation of the production of cytokines and chemokines by tumor and normal cells, suggesting that the antitumor activity could also be ascribed to changes in the tumor microenvironment.1

One of the most novel aspects of trabectedin is its effect on RNA polymerase IIâ€“mediated gene transcription.4 Trabectedin inhibits overexpression of the multidrug resistance-1 gene (MDR-1) coding for the P-glycoprotein that is a major factor responsible for cells developing resistance to cancer drugs.3 Trabectedin selectively inhibits activation of the MDR-1, while leaving constitutive gene expression relatively unaffected.4 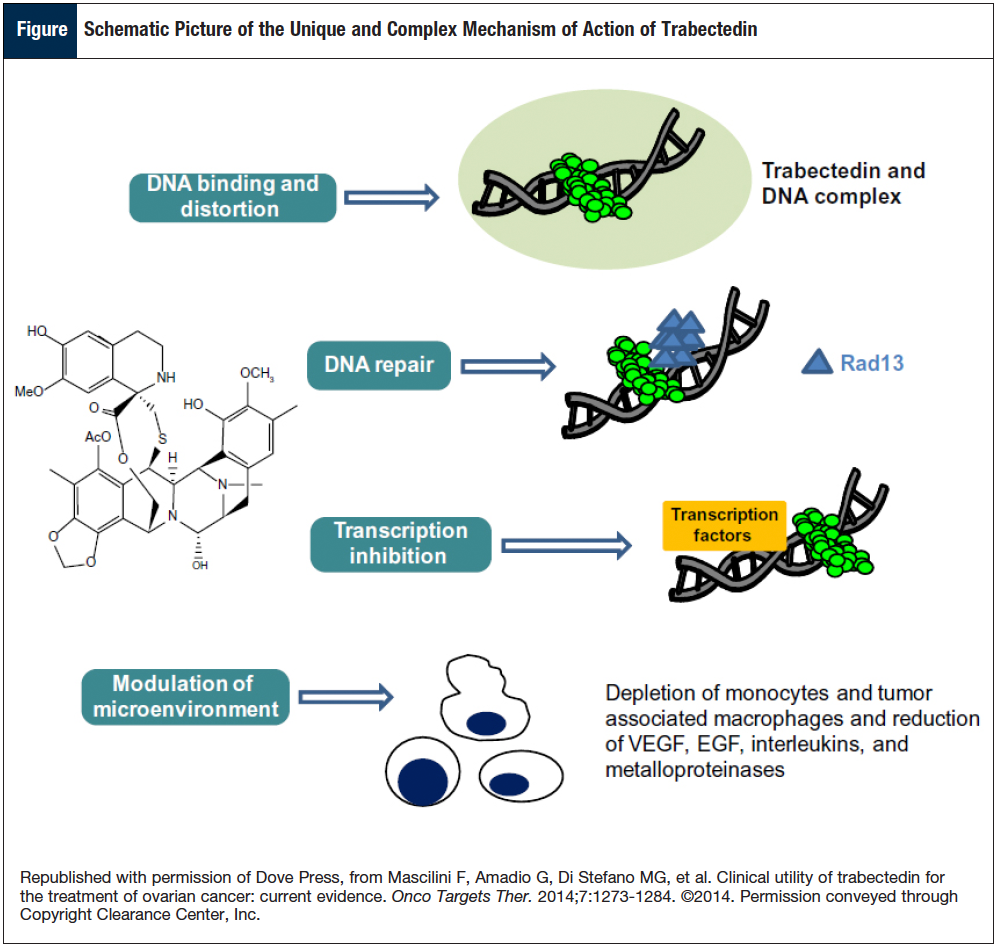 Asthma continues to be an important chronic condition for public and private payers, especially given the fact that it ranks as the top pediatric condition for commercial and managed Medicaid plans.1 From a clinical perspective, asthma management has evolved considerably in the past 2 decades, leading to better self-management and [ Read More ]