In the cell nucleus, DNA is maintained in a tightly coiled state around proteins called histones.1 During the process of DNA replication for cell division or during the synthesis of RNA and proteins, histone ace­tyltransferase adds acetyl groups onto the histones, enabling DNA to uncoil.1 By contrast, histone deacetylases (HDACs) catalyze the removal of acetyl groups from the lysine residues of histones and some nonhistone proteins.2 Removal of these acetyl groups results in tightly coiled DNA, which prevents cells from making proteins or dividing.1

HDACs control several vital cellular processes, including the expression of some genes.3 In cancer, HDACs are expressed differently between cells, resulting in gene expression changes that can favor a tumor’s ability to multiply, to avoid apoptosis, or to become resistant to chemotherapy.3-5

Panobinostat is an HDAC inhibitor that inhibits the enzymatic activity of HDACs at nanomolar concentrations.2 Inhibition of HDAC activity by panobinostat results in increased acetylation of histone proteins, an epigenetic alteration that results in a relaxing of chromatin, leading to transcriptional activation.2 In vitro, panobinostat caused the accumulation of acetylated histones and other proteins, inducing cell cycle arrest and/or apoptosis of some transformed cells.2 Increased levels of acetylated histones were observed in xenografts from mice that were treated with panobinostat.2 Panobinostat shows more cytotoxicity toward tumor cells than toward normal cells.2 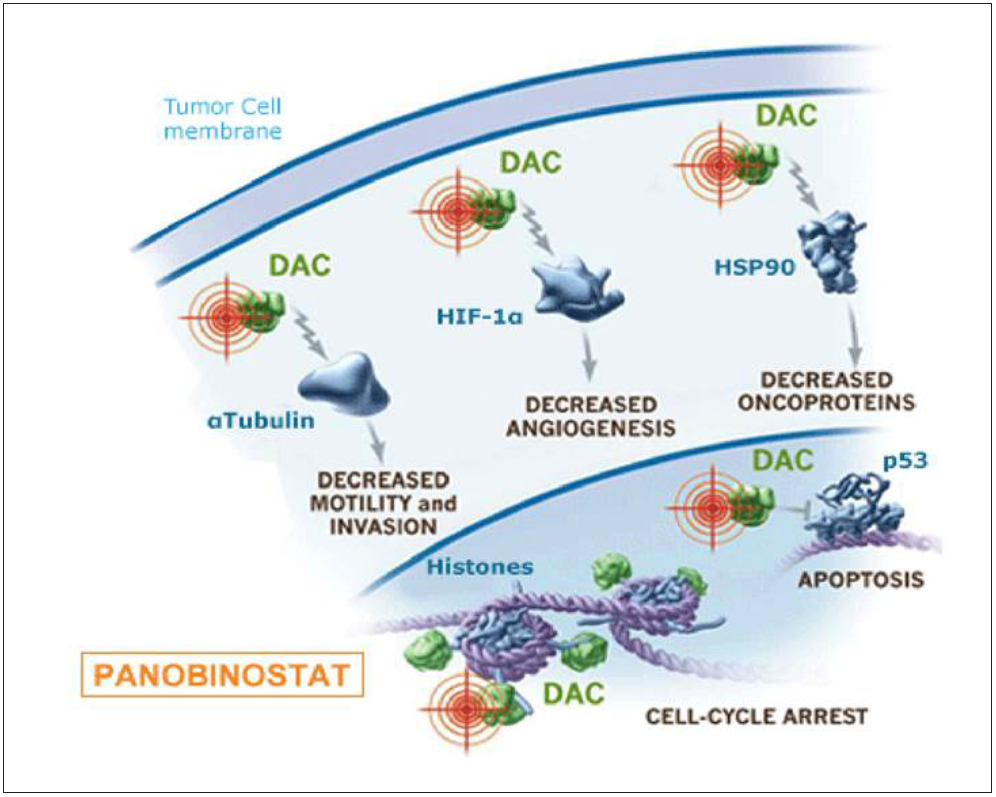 The prevalence and cost of asthma are considerable. In 2010, an estimated 25.7 million Americans had asthma, and direct and indirect costs related to the care of this disorder totaled a staggering $56 billion in 2007.1,2 According to the 2012 Behavioral Risk Factor Surveillance System, 49% of patients with asthma [ Read More ]