In B-cell malignancies, such as chronic lymphocytic leukemia (CLL) and indolent non-Hodgkin lymphoma, the malignant B cells rely on a number of internal and external stimuli to survive, such as the activation of the B-cell receptor, cytokine and chemokine signaling, or direct cell-to-cell interactions. Attracted by chemoÂ­kines, including CXCL12 and CXCL13, the malignant B cells migrate into the lymphoid tissue.1,2 Similarly, T cells are recruited by chemokines CCL3, CCL4, and CXCL12, which are derived either directly from the tumor cells or the tumor-associated support cells.1,2 CXCL12 may also be responsible for recruitment and activation of myeloid suppressor cells.1 Once in close proximity, the cells create a tumor microenvironment that helps support tumor cell viability and proliferation through multiple interactions.2

Many of these interactions result in intracellular signaling via PI3K.2-5 The PI3K pathway is known to play a critical role in regulating the growth and survival of certain types of hematological cancers. The PI3K family includes 4 class isoforms: Î±, Î˛, Îł, and Î´. Alpha and beta are ubiquitously expressed. PI3K-delta and -gamma are expressed in both normal and malignant leukocytes, and there is crosstalk between these signals within the tumor microenvironment.6

The immune expression class 1 PI3K-delta and PI3K-gamma isoforms are restricted to immune cells and have distinct and predominantly non-overlapping roles in key cellular functions, including7:

Although both PI3K-delta and PI3K-gamma are expressed in the tumor and the tumor-associated support cells, many of the signals in the malignant B cells are mediated via PI3K-delta,8 while signals that promote the migration of T cells to certain chemokines and the differentiation and recruitment of myeloid cells require activation of PI3K-gamma.6

Inhibition of PI3K-delta is one potential approach in helping to reduce tumor survival and proliferation.8 However, some T-cell and myeloid-cell signals may activate PI3K-independent survival pathways in the tumor cells. Therefore, to more completely target the crosstalk in the tumor microenvironment, it is important to inhibit both PI3K-delta and PI3K-gamma.9 Dual inhibition is thought to prevent the signaling inside the malignant cells and disrupt the interactions between the tumor cells and the supporting T cells and myeloid cells, which are providing additional tumor cell survival signals. As a result, malignant B-cell growth and survival could be blocked by the dual inhibition of PI3K-delta and PI3K-gamma.

Duvelisib is an investigational, orally bioavailable, selective, and potent small molecule inhibitor of the delta and gamma isoforms of PI3K.10 In preclinical studies, duvelisib directly impacted the survival of primary malignant B cells9 and demonstrated substantial and sustained inhibition of AKT activation, tumor cell proliferation, and downstream target activation in CLL cells in response to tumor microenvironment-derived signals.11 In addition, in experimental models, duvelisib was effective at blocking the production of some of the tumor cellâ€“derived chemokines that contribute to the development of the supportive microenvironment.11 Migration of tumor-supportive T cells and polarization of macrophages to protumorigenic M2 phenotype was inhibited by duvelisib.10 Therefore, duvelisib is intended to target multiple facets of the pathogenesis and maintenance of hematologic malignancies. This includes targeting: 1) intrinsic or cell-autonomous survival signaling within the tumor cell, 2) survival and growth signaling within tumor cells via factors received from non-neoplastic cells within the tumor microenvironment, and 3) the establishment and maintenance of the supportive network of non-neoplastic cells within the tumor microenvironment. 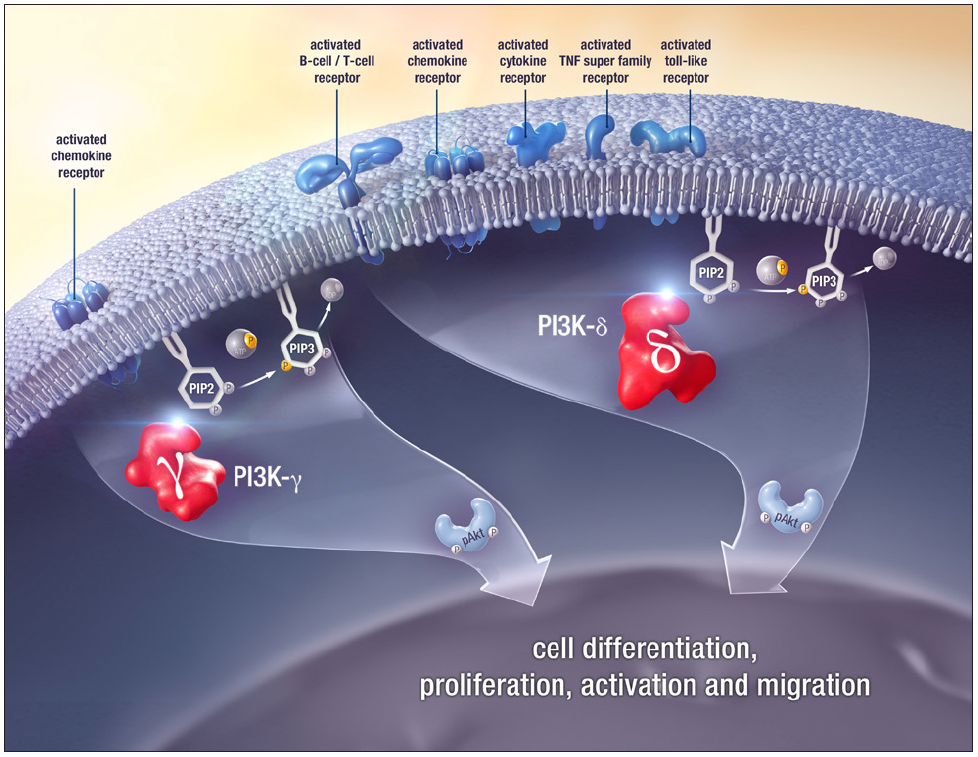 Recap of FDA Drug Approvals in 2019

According to the FDAâ€™s â€śCenter for Drug Evaluation and Research (CDER) Annual Report: New Drug Therapy Approvals 2019,â€ť the agency approved 48 novel drugs in 2019. Although this number does not approach the record of 59 approvals in 2018, it far surpasses the mere 22 approvals that occurred in 2016.