Cyclin-dependent kinases (CDKs) 4 and 6 are overactive in many human cancers, resulting in a loss of regulation of the G1 cell cycle restriction point and making malignant cells less responsive to normal growth controls.1,2

CDKs are key regulators of cell proliferation.3 In many tumor types, CDK4 and CDK6 are activated through mutation, overexpression of D-type cyclins, or loss of inhibitory protein (eg, p16, p21).4 In a complex with D-type cyclins, CDK4 and CDK6 phosphorylate and inactivate the retinoblastoma tumor suppressor protein, which enables E2F proteins to facilitate G1 to S-phase cell cycle progression.3,4 Thus, abnormal activation of CDK4 or CDK6 in cancer cells can confer a growth advantage.5

Reestablishing cell cycle control through CDK inhibition has emerged as an attractive option in the development of targeted cancer therapy.6

Abemaciclib is designed to be a small molecule inhibitor of both CDK4 and CDK6.7 Abemaciclib has been shown in vitro to be a selective ATP-competitive inhibitor of CDK4 and CDK6 that inhibits phosphorylation and prevents inactivation of the retinoblastoma tumor suppressor protein, thereby inducing G1 cell cycle arrest and constraining cancer cell proliferation.5,7,8

Abemaciclib is currently being investigated in clinical trials for the treatment of a number of different cancers, including breast cancer, non–small cell lung cancer, metastatic melanoma, and mantle cell lymphoma. 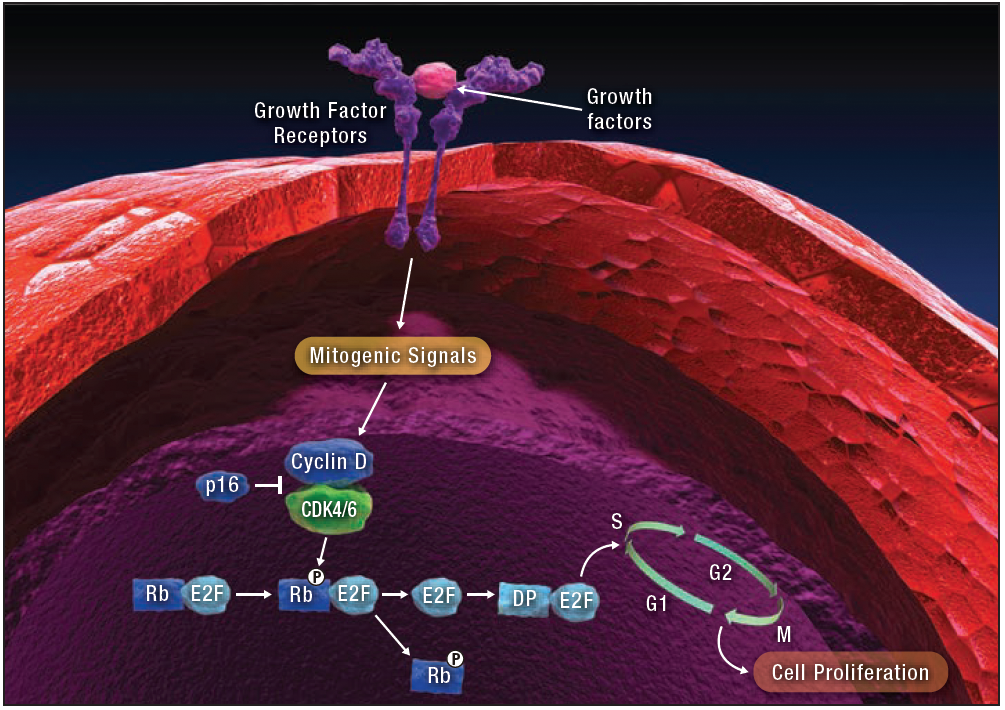 Consolidation Therapy After ASCT in Hodgkin Lymphoma: Why and Who to Treat?

Introduction The combined use of effective multidrug chemotherapy regimens and radiation over the past few decades has led to significant improvements in the prognosis of Hodgkin lymphoma, making achievement of a cure a clinical reality for the majority of patients.1 With current therapies, long-term tumor control may be achieved in [ Read More ]